Check out cover previews of Army of Darkness Bubba Ho-Tep issue #2 as well as the press release from Dynamite Entertainment.

In Army of Darkness/Bubba Ho-Tep, Ash embarks on a soul-searching road trip to Texas on a hunch that Elvis Presley may still be alive and kicking (and supposedly vanquished a mummy)! What follows is a series of universe-spanning events that involve an Elvis jumpsuit with special time-travel abilities, a trip to 70’s Vegas, plus the reveal of an evil new Book of the Dead, the Necronomicon Ho-Tep.

Last we saw Ash, he was soaring chin-first through a time portal, hot on the bandage of Bubba Ho-Tep, and crash-landed in 70’s Las Vegas! The demonic mummy seeks an ancient Egyptian book of souls and will stop at nothing to possess it! Can Ash put his differences aside with a near-peak condition Elvis long enough to teach this undead thief a lesson? Find out in the Vegas-styled winner-takes-all showdown, where the loser gets his soul sucked out! 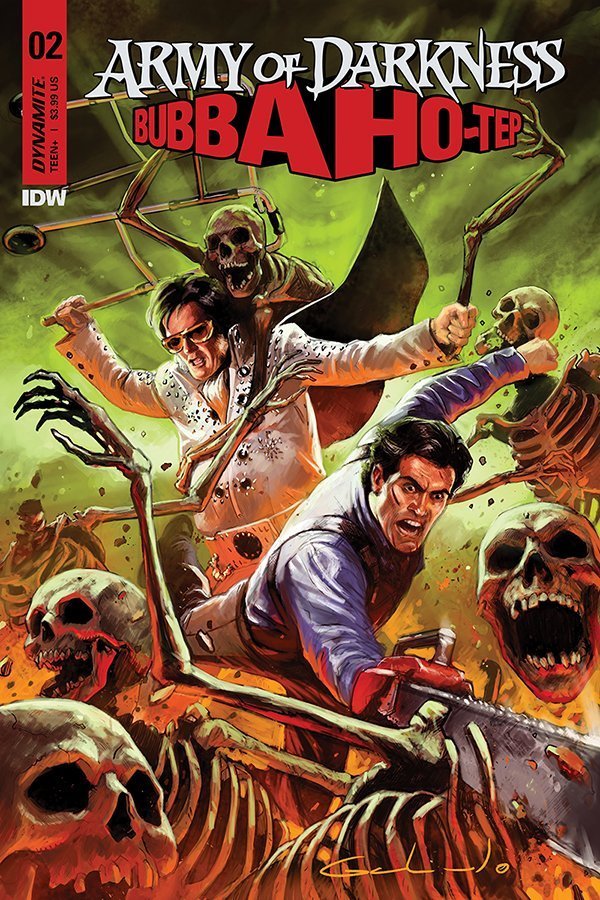 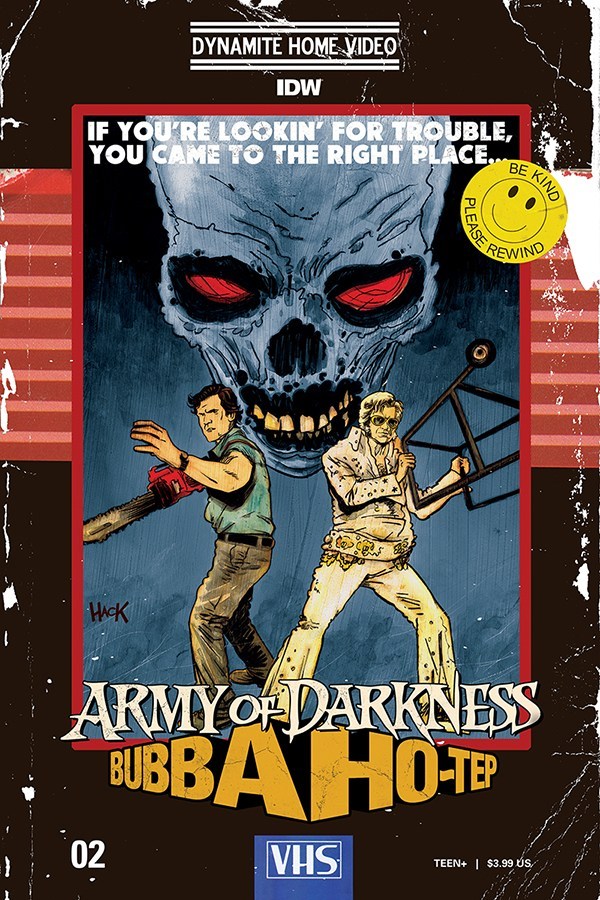 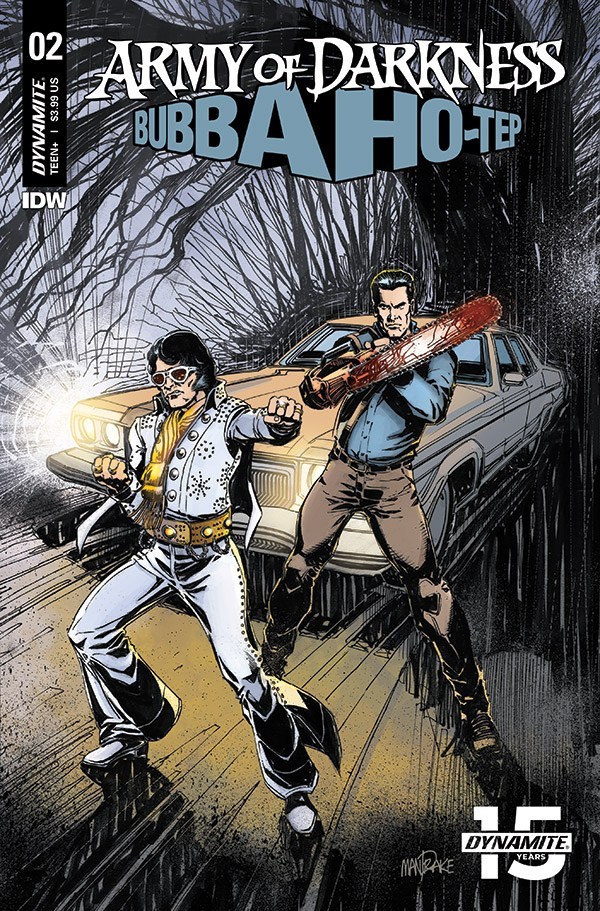 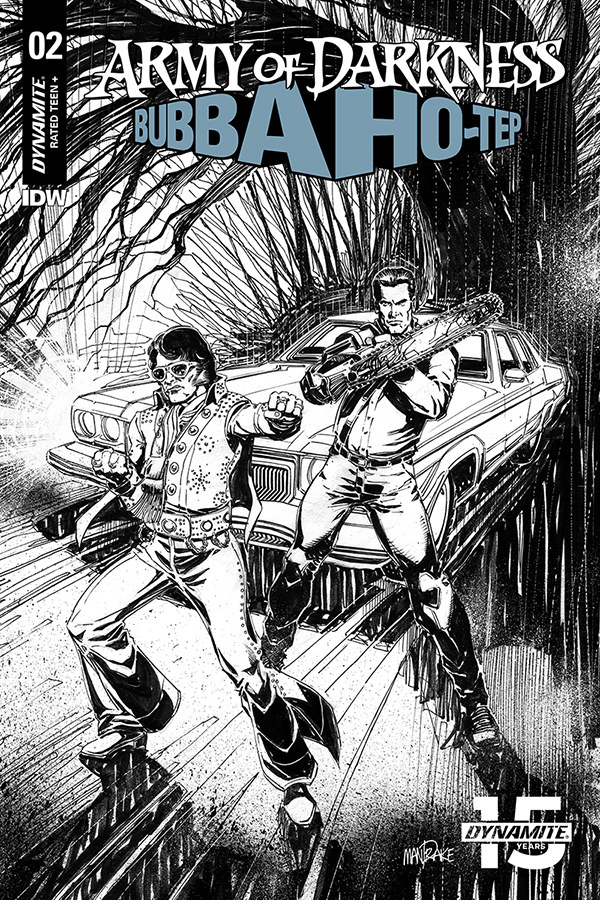