Funko has announced that Ash is joining their Soda line of 4.25″ vinyl figures as part of their 2021 Funkoween products releasing this year as well as the Evil Dead 40th anniversary. The figure is limited to 10,000 and will also have a blood-splattered chase variant. Soda Ash will be released in September. 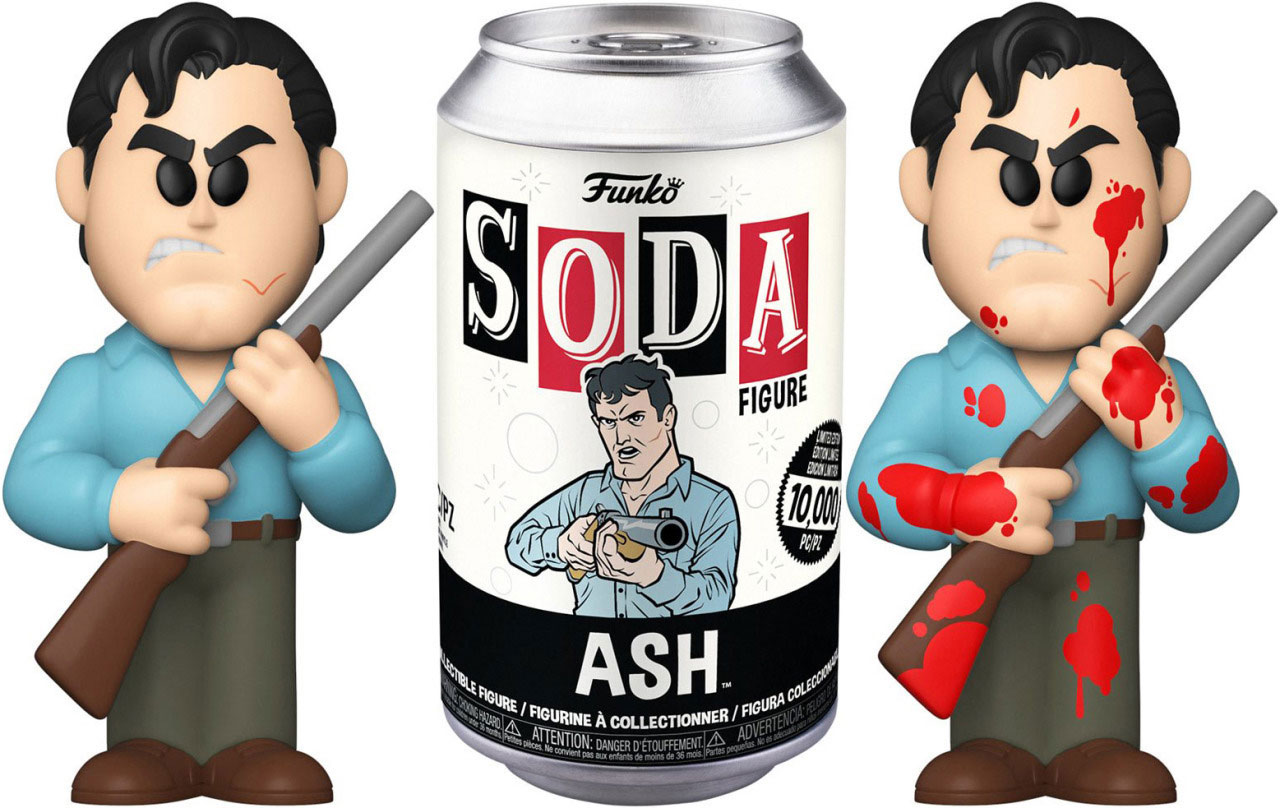