Today Starz announced that they plan on bringing Ash vs Evil Dead to New York Comic Con 2015 this October. There will be an autograph signing on Saturday October 10th at 10am at Ash’s Trailer at the Inner Roadway with a panel taking place later in the day at the Hammerstein Ballroom from 3-4pm.

Starz has released a new photo featuring Ash and Kelly: 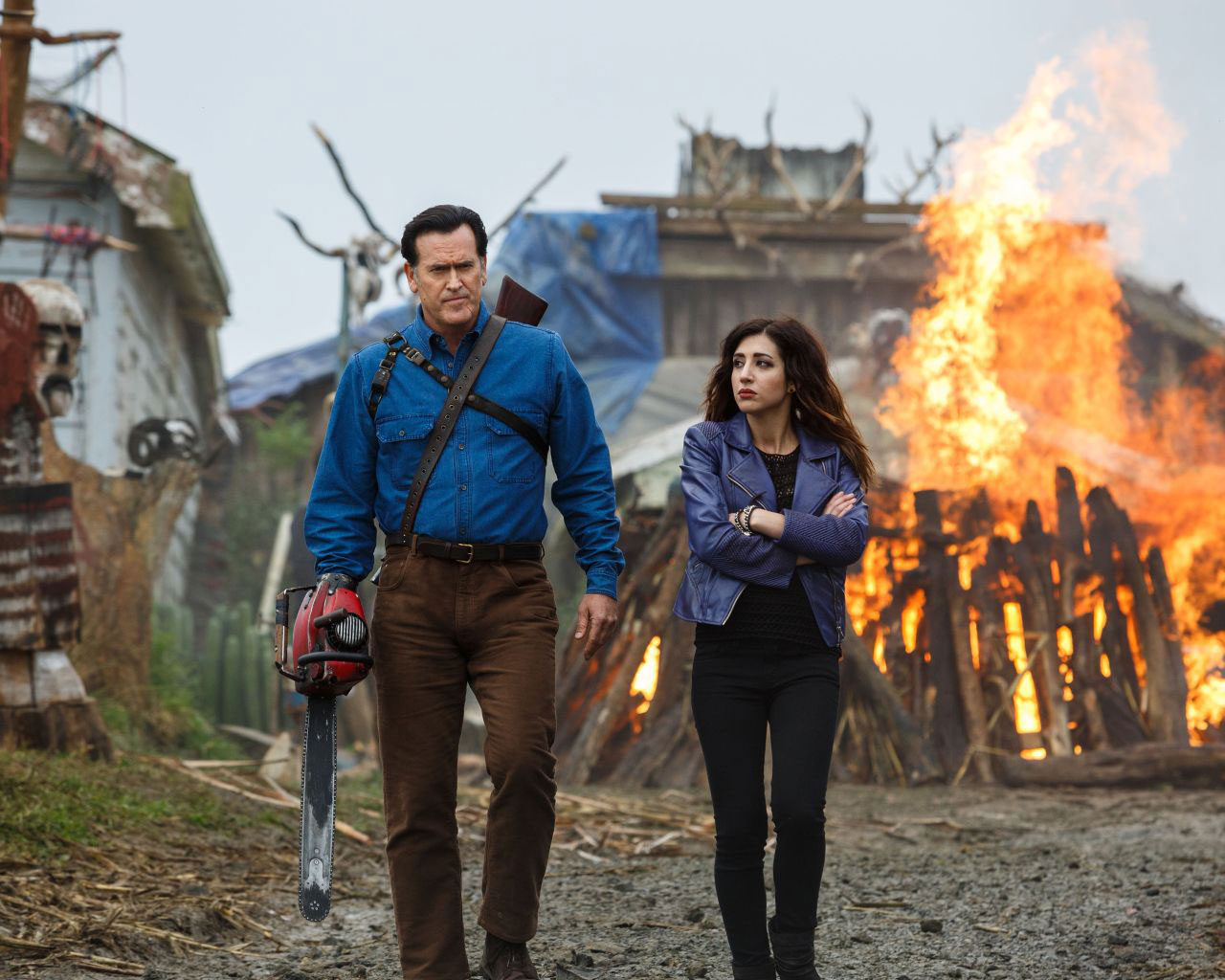