NECA unveiled the first wave of Ash vs Evil Dead figures at Toyfair 2016 this weekend. So far they revealed three figures, all of which are all still works in progress.

Figures include Ash in his signature wardrobe from the show as well as a figure in his Value Mart clothes. The third figure will be the demon Eligos. No other word on other figures in the first wave. The figures will be available later this year. Mostly like before season 2 of Ash vs Evil Dead starts. 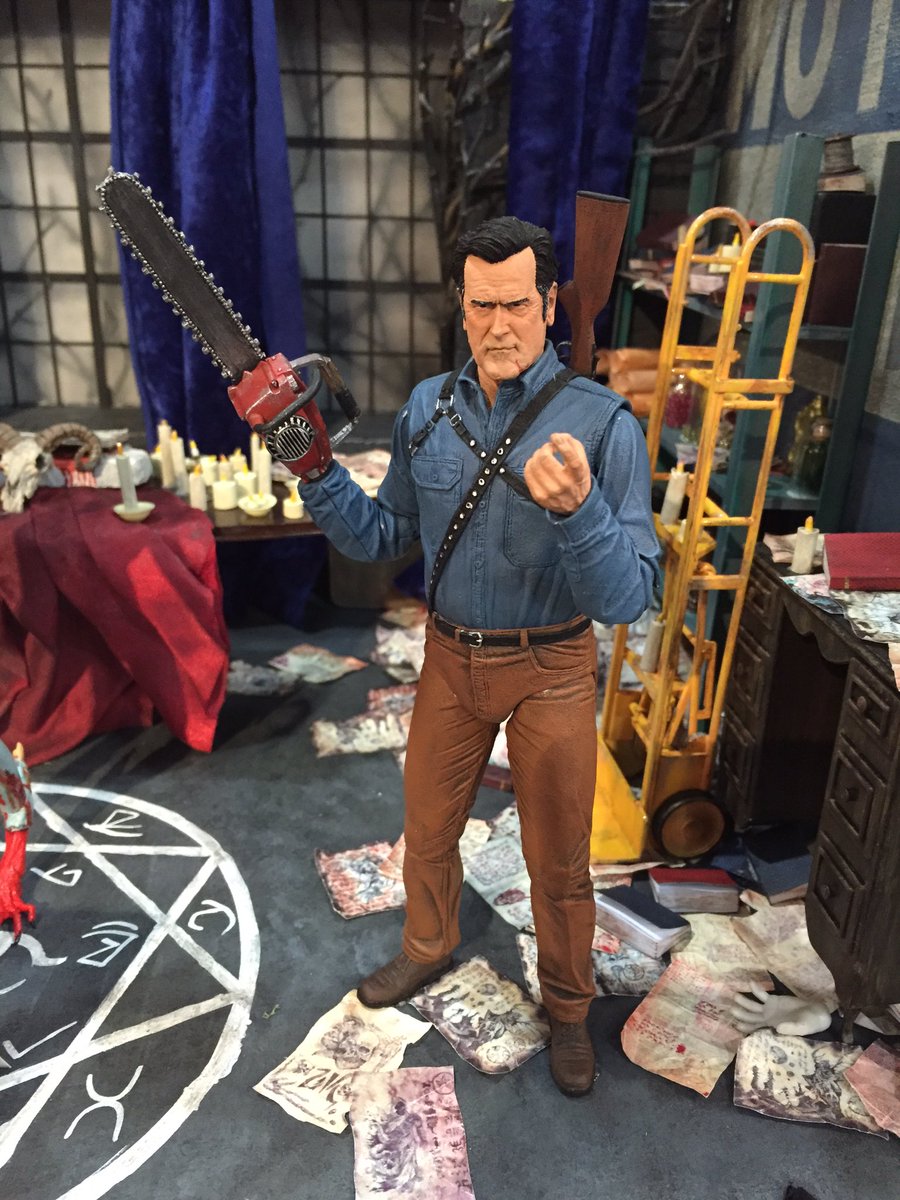 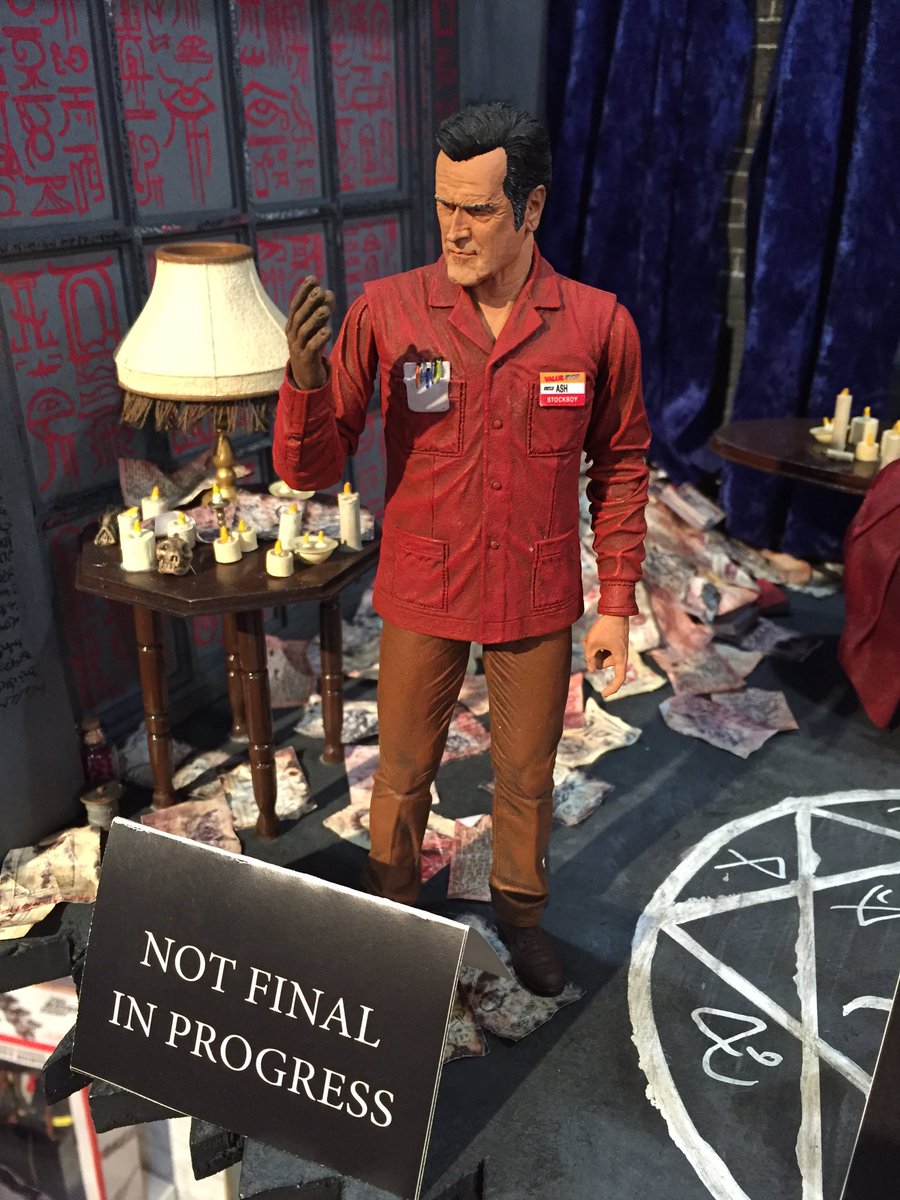 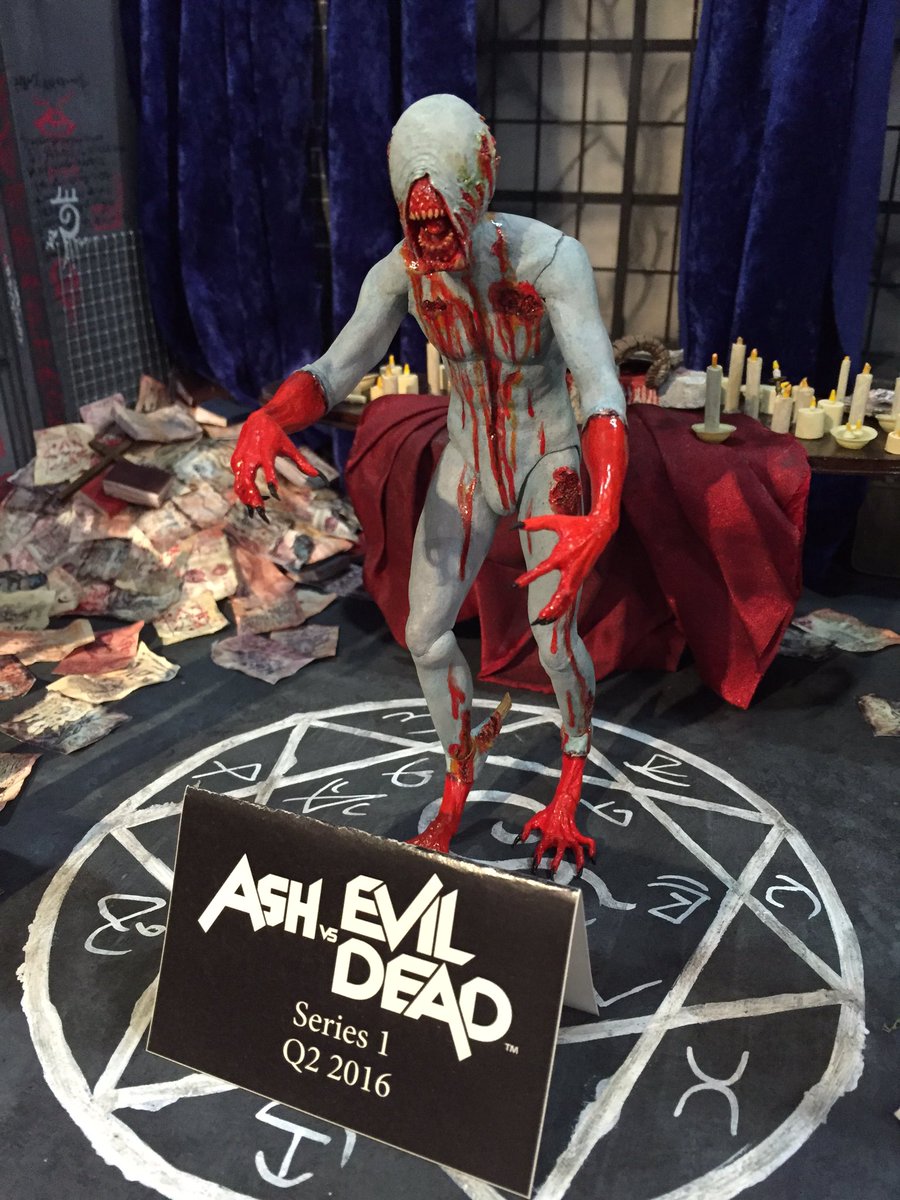