Army of Darkness: Ash and the League of Light

Ash travels to different continents of the world, recruiting other Protectors to help him defeat Hell’s Prophet, which has possessed him. Unbeknownst to him, the very people he is gathering may end up being his undoing, as it is foretold the Protectors must kill him.

Ash dies and his new League of Light fails to stop Hell’s Prophet from taking over, causing the world to go to Hell. Five years later, a time machine is made by the last surviving members of the League of Light, as they go back in time and stop Hell’s Prophet from taking over Ash. The ghost of future Ash warns his past self in a note on what to do, and he saves the world; causing everything to snap back to normal. 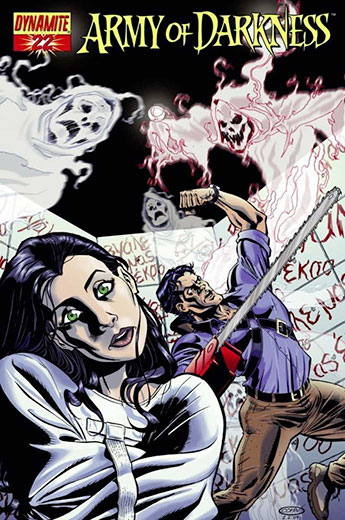 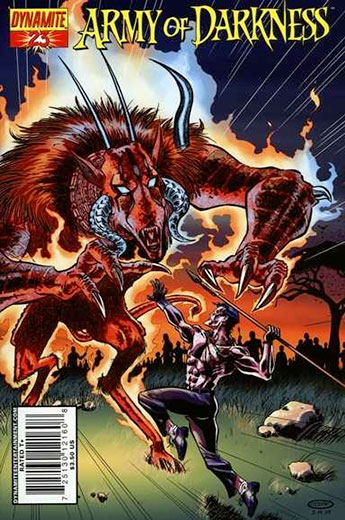 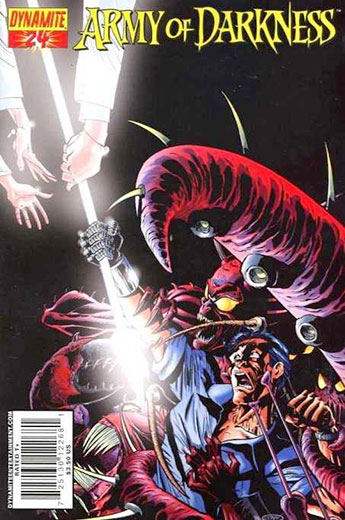 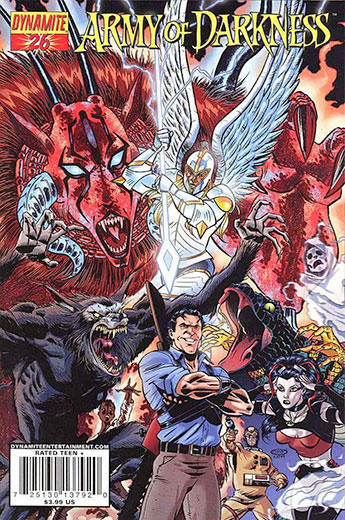 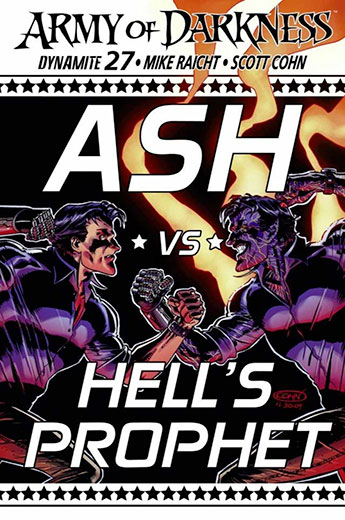 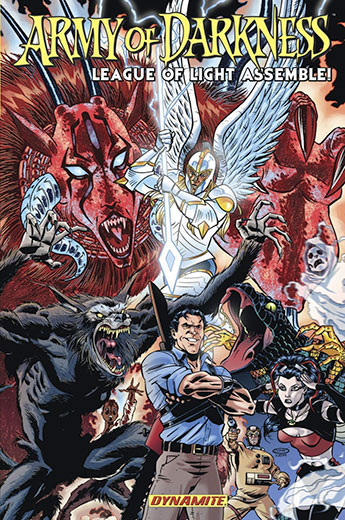