Army of Darkness vs Re-animator

Army of Darkness vs Re-Animator picks up right after where Shop Till Drop Dead ends. Ash is arrested for the murders at S-Mart and sent to Arkham Asylum where he is put into the care of Dr. Herbert West. Dr. West has struck a deal with the deadites to bring them Ash and the remains of the Necronomicon in exchange for the secrets of the old gods. Written by James Kuhoric and illustrated by Nick Bradshaw and Sanford Greene. 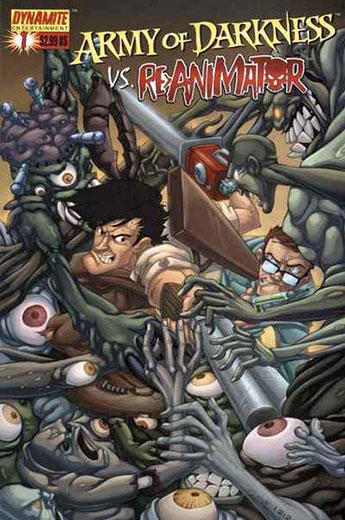 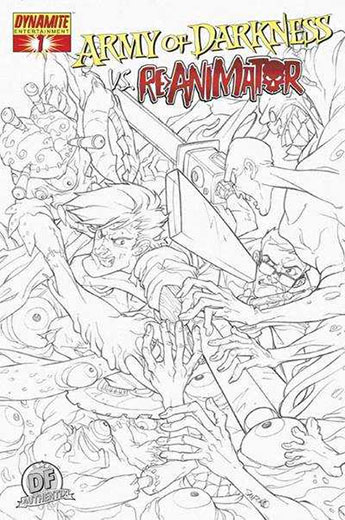 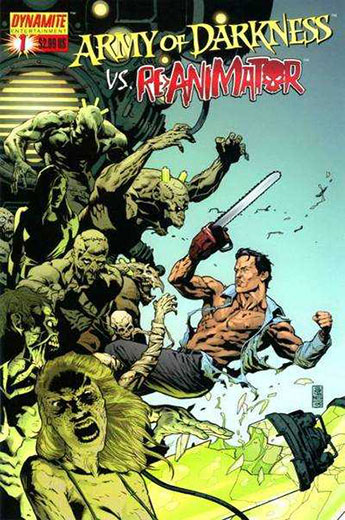 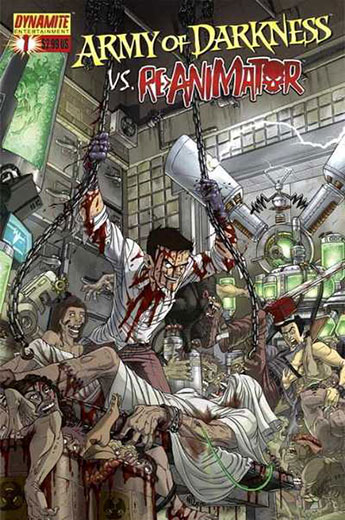 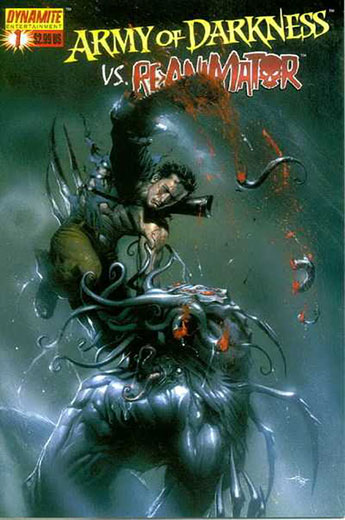 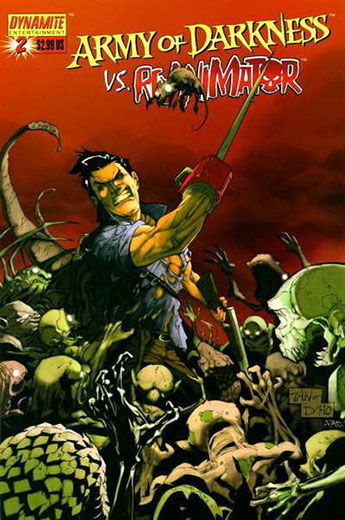 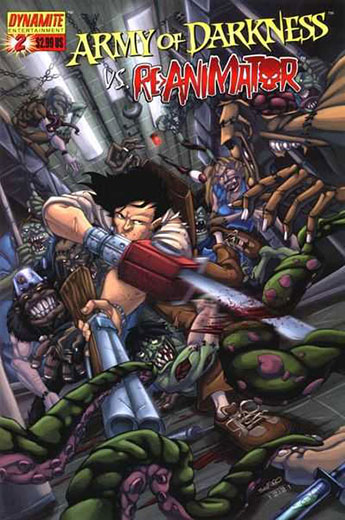 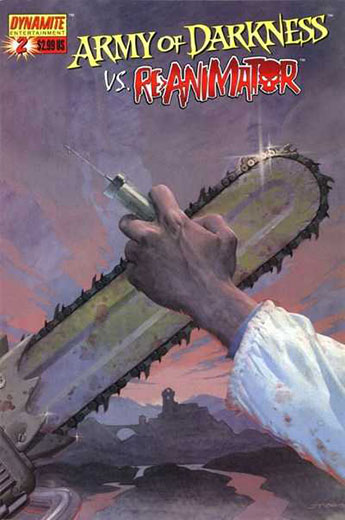 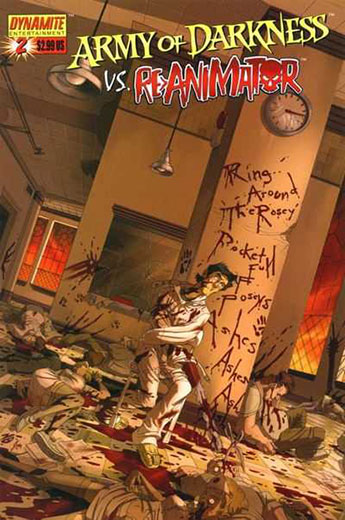 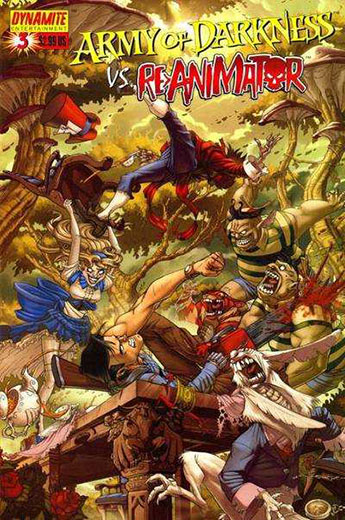 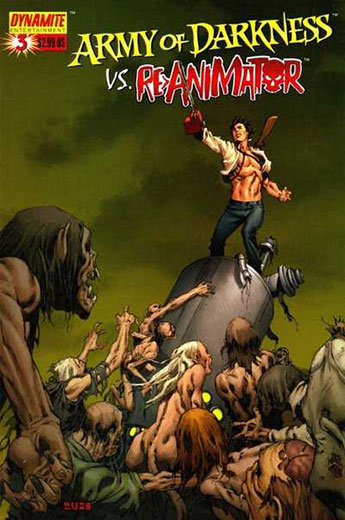 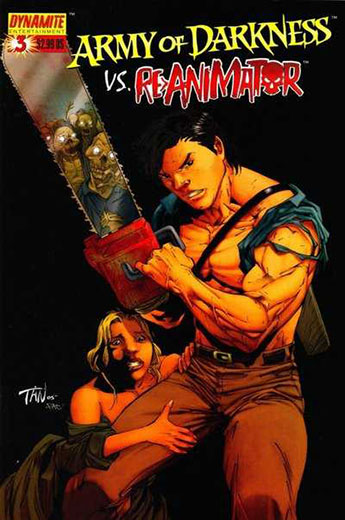 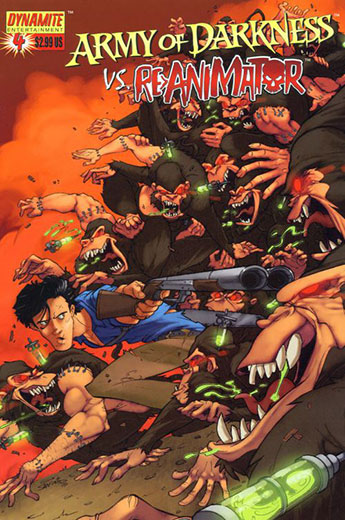 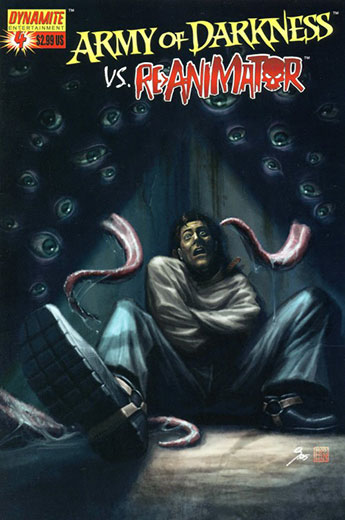 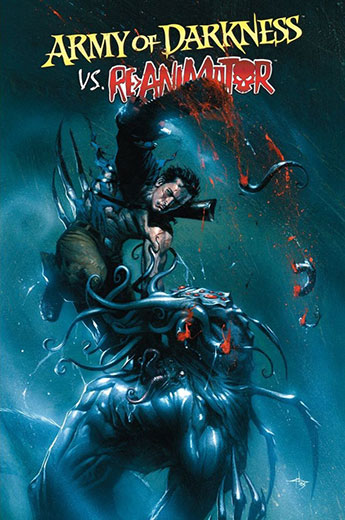