Darkman vs Army of Darkness

A crossover with another Sam Raimi film character, Darkman. It was written by Roger Stern and Kurt Busiek, with art by James Fry. It ran for four issues from August 2006 to March 2007 and the trade paperback was released in late 2007. The story features Darkman/Dr. Peyton Westlake’s former love Julie accidentally reading the incantations of the Necronomicon, which unleashes a Deadite infestation throughout the city and transforms Julie into the Deadite Queen. 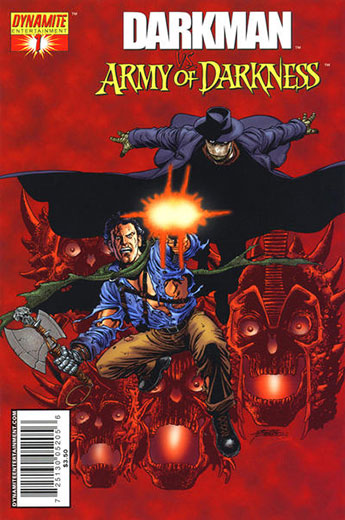 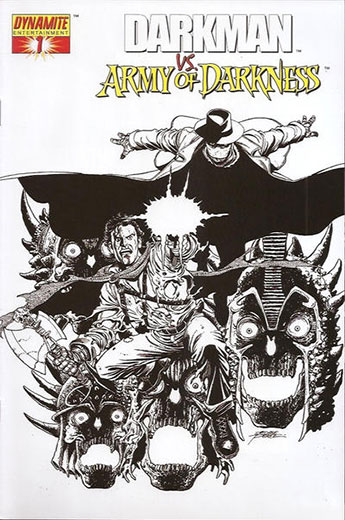 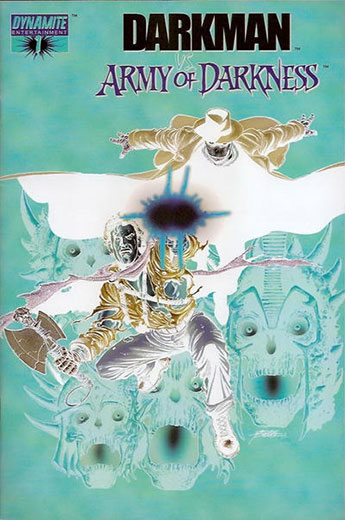 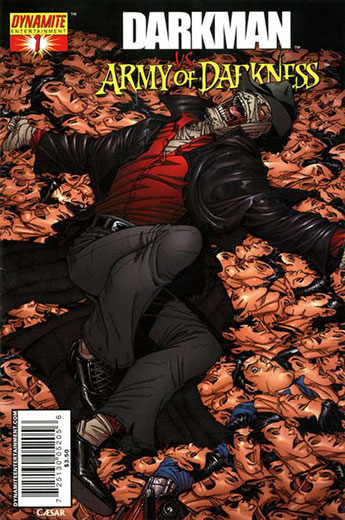 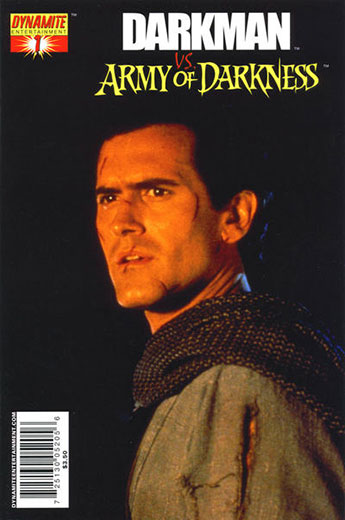 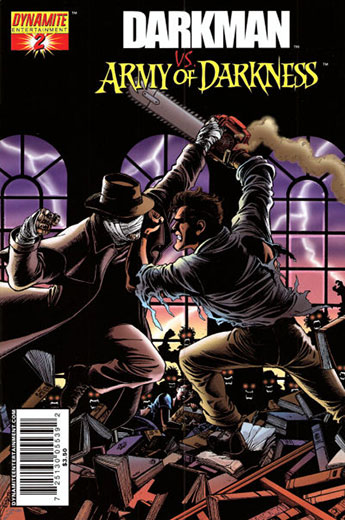 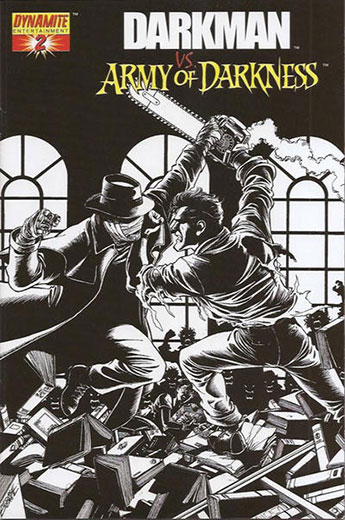 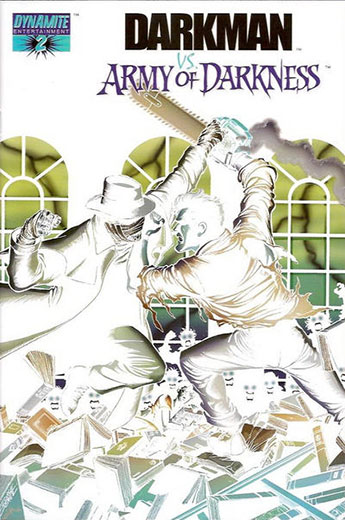 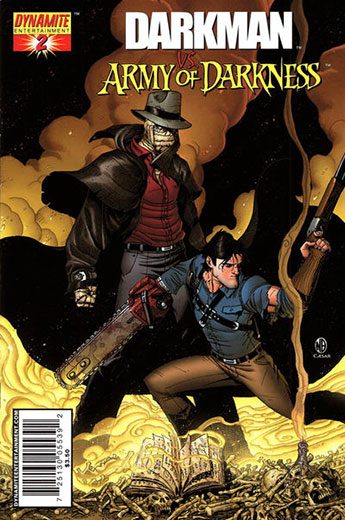 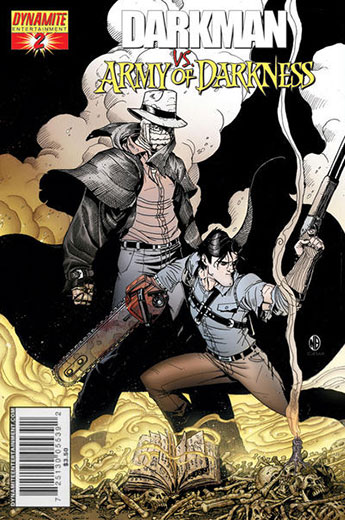 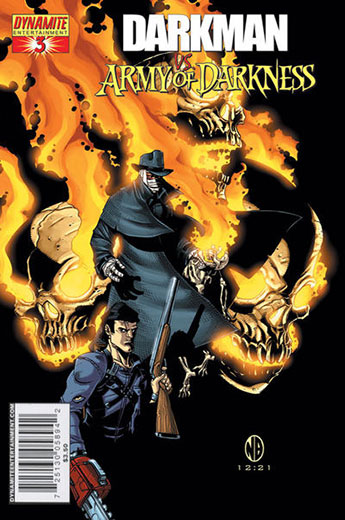 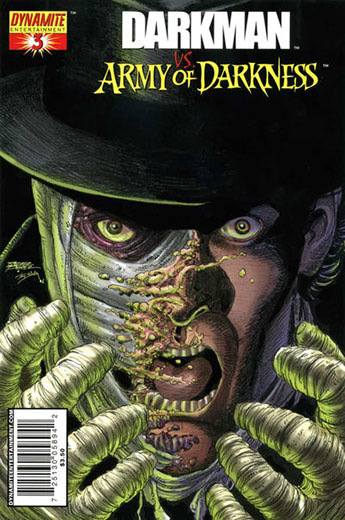 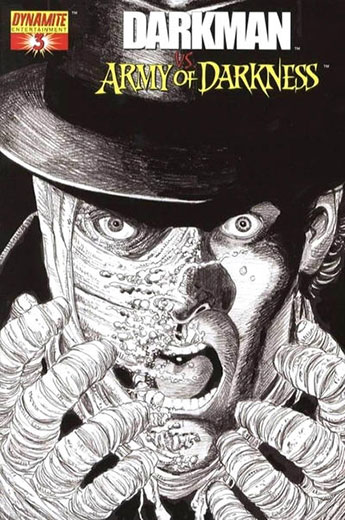 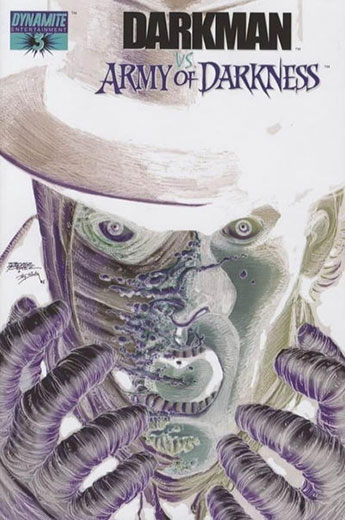 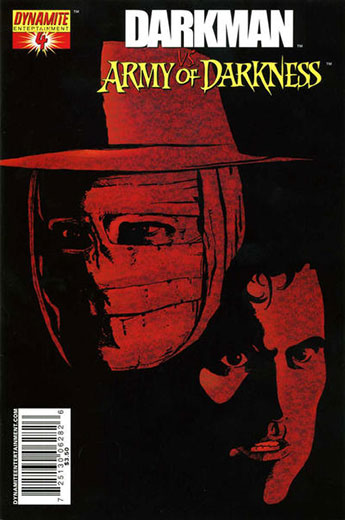 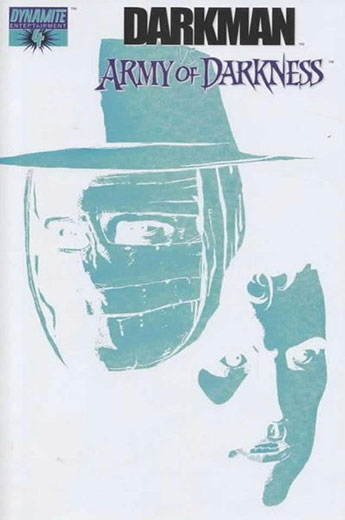 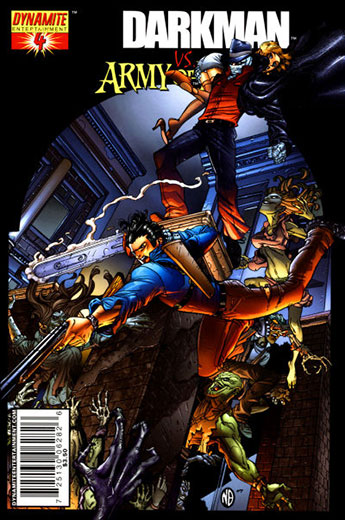 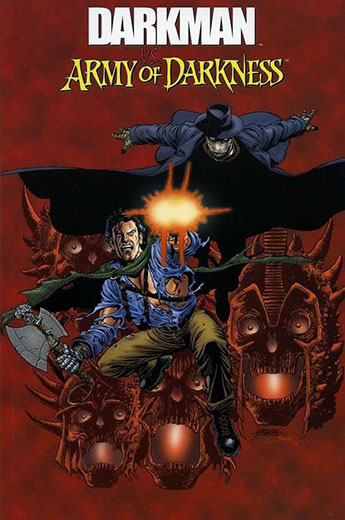 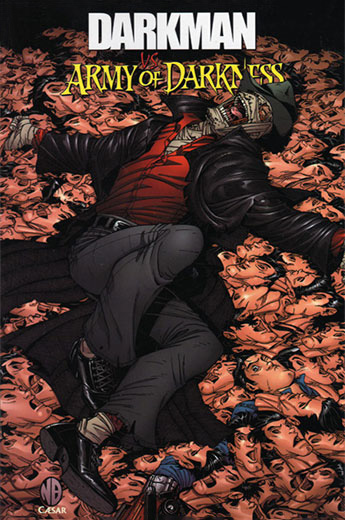