Evil Dead 2: Revenge of the Martians

Re-animated corpses of kill-happy Martians! Secret government conspiracies! Bureaucrats with their mitts on the Necronomicon! Destruction on an epic scale! Ash in space! Wait, what?! After a century laying dormant in a government facility, the terrifying attack tripods of the Martian invasion force come back to life to menace mankind once again. The Martians who once commanded these engines of destruction are long dead, but their bodies were preserved for study…and a body is all a Deadite needs, right baby? Can Ash stop the Second War of the Worlds from destroying all life on Earth? 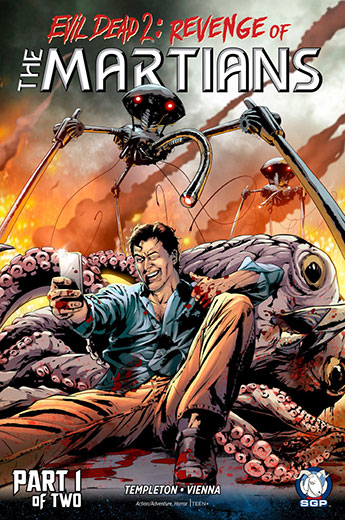 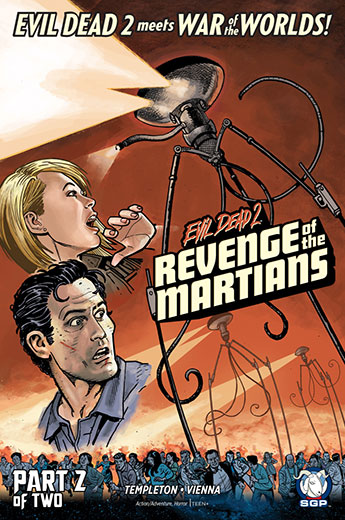