Within the Woods Video Releases

Within the Woods has never been officially released on video, but bootleg copies can be found at horror conventions and occasionally on eBay. Though slated for release as a special feature on Anchor Bay Entertainment’s 2002 Limited Edition Book of the Dead DVD release of The Evil Dead. Anchor Bay supposedly promised a digitally cleaned up version of Within the Woods with a new re-mixed soundtrack to get around the copyrighted tracks used in the film. Unfortunately Within the Woods was pulled from the DVD last minute by Sam Raimi due to unknown legal reasons Anchor Bay could not divulge.

Evidence of Within the woods menu found in the VOB files of Limited Edition Book of the Dead Edition of The Evil Dead: 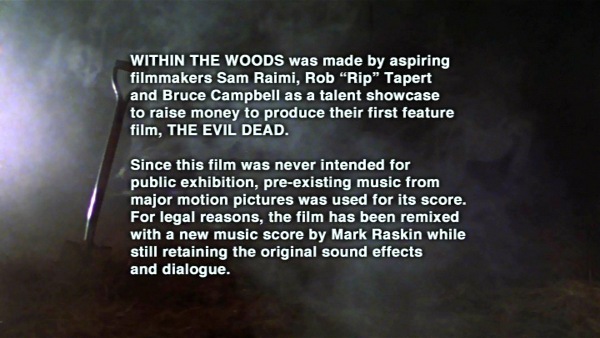 Within the Woods Menu

Rue Morgue full page ad showing Within the Woods was to be a special feature before it being pulled: 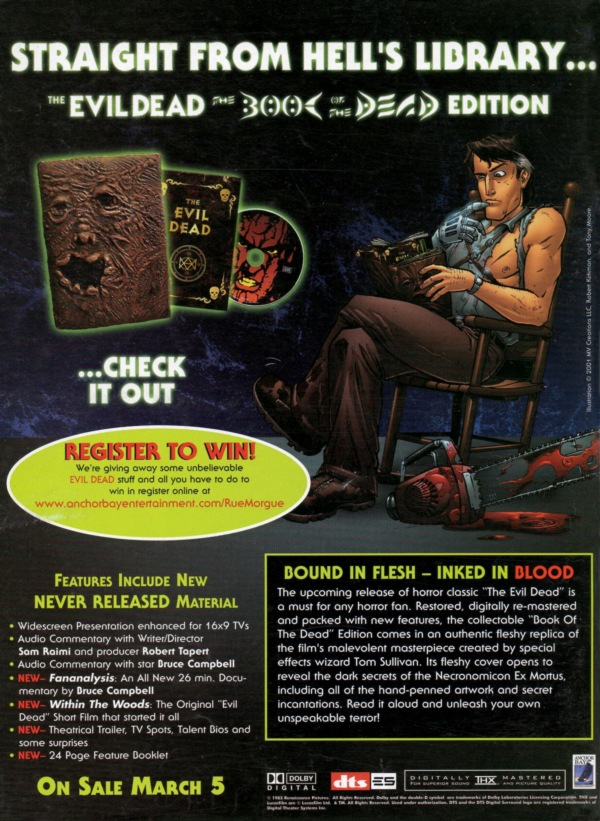 In 2014 Within the Woods once again was slated to be included with the Evil Dead Anthology Australian box set but was pulled right before release. No one knows why. Fortunately you can watch Within the Woods on Youtube if you really want to see it.