Scream Factory has announced on their Facebook page that they will be releasing a collector’s edition blu-ray of Army of Darkness coming this October.

Today will be one of the more memorable days in our brand’s history that’s for sure! If you’re still trying to catch your breath from our recent announcement of the upcoming Tales From the Crypt films, then steel yourself for the following…ARMY OF DARKNESS – the third film in the Evil Dead franchise, starring Bruce Campbell – is coming to Blu-ray “Scream Factory-style” in October! We will certainly aim to make it the most definitive version to own to date.

We know you’ll have lots of questions on this one but we have no concrete details to report at this moment other than that newly-commissioned artwork (yes, its a “Collector’s Edition”) and pre-order links will be up next month and a full list of extras and specs will appear in early Fall.

There are no spec details yet but we’ll keep you updated! 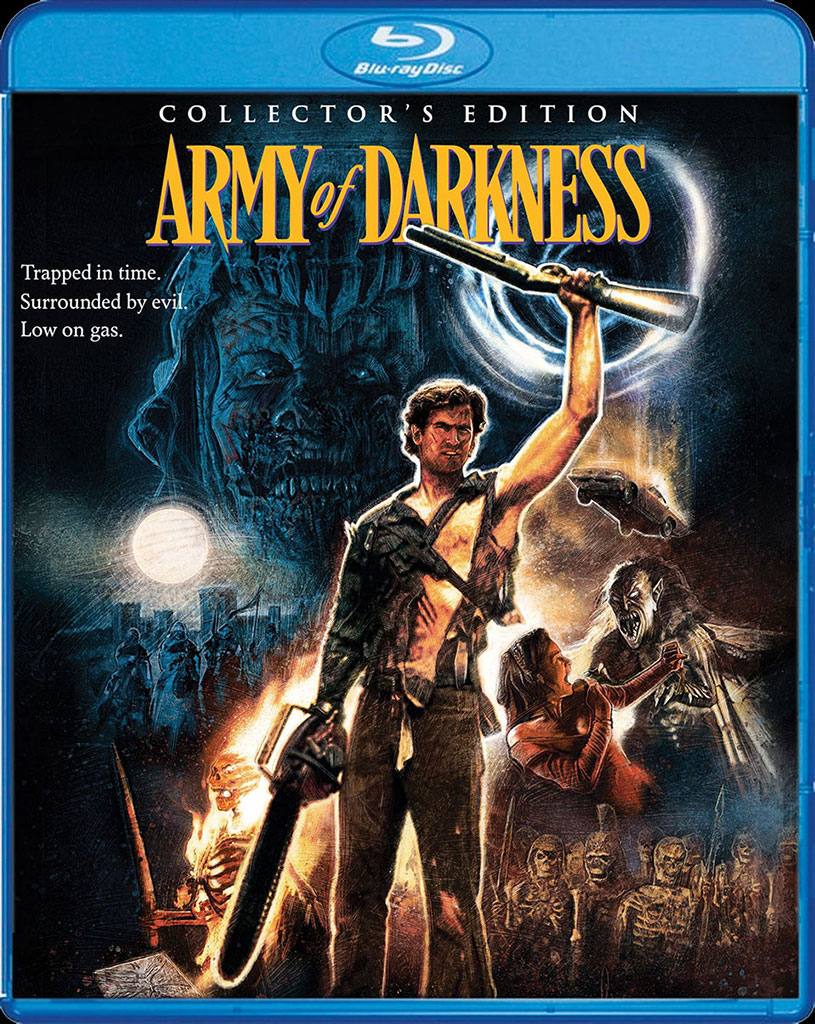