Super7 is finally releasing its line of Army of Darkness ReAction figures next Friday, May 29th! The lineup includes six different figures in total, each with a specialized card back. The figures stand at 3.75 inches tall, with about 5 points of articulation. Characters included are:

“Trapped in time. Surrounded by evil. Low on gas.” NEXT FRIDAY (5/29): The outrageously classic sword-and-sorcery epic Army Of Darkness has returned! Super7 used the Necronomicon to summon Ash Williams and the minions of evil, including his twisted doppelgangers, to the ReAction Figures World! Return to Medieval Times next week at super7.com. 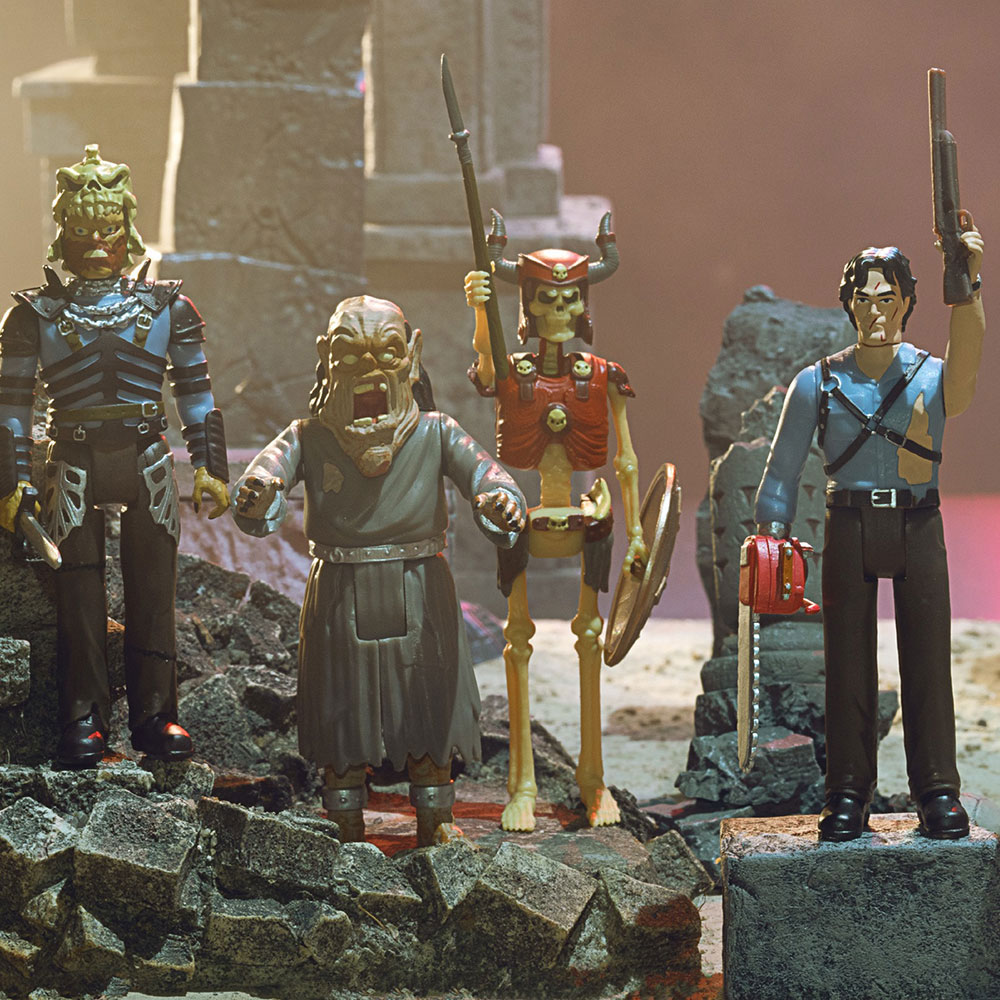 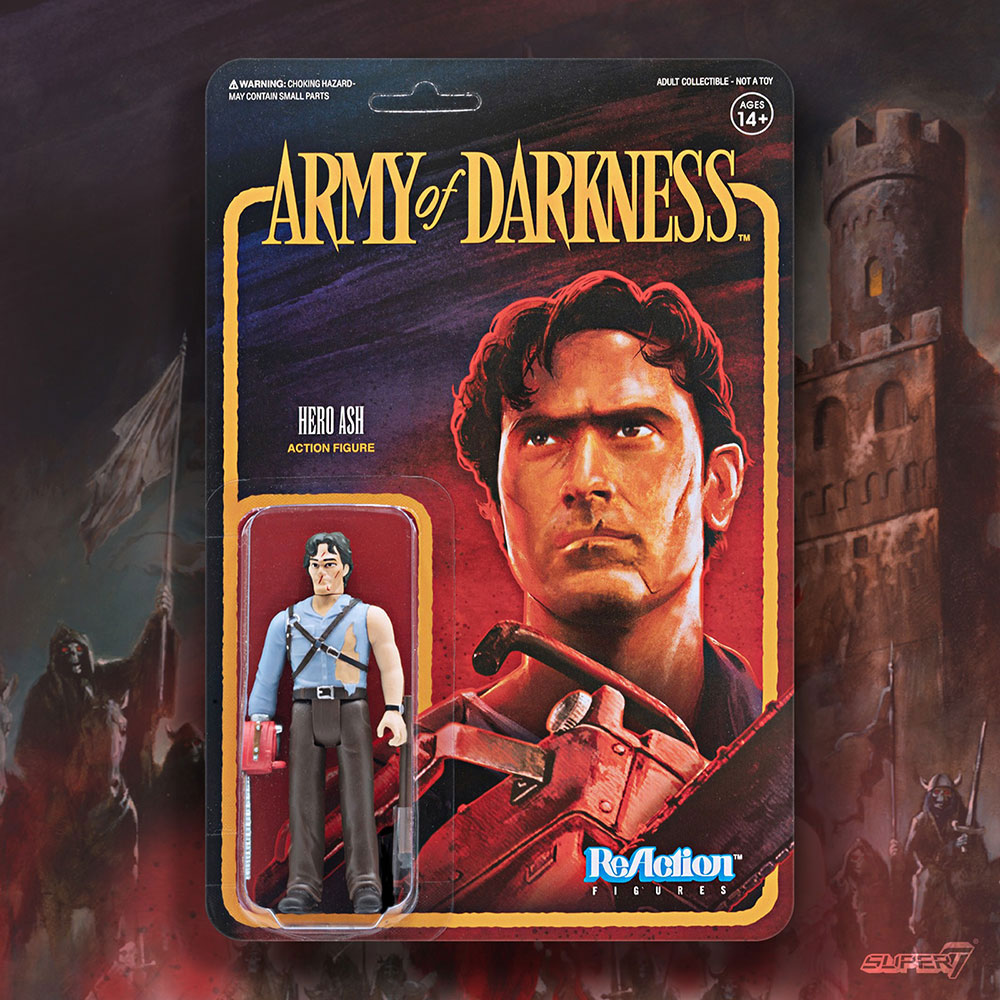 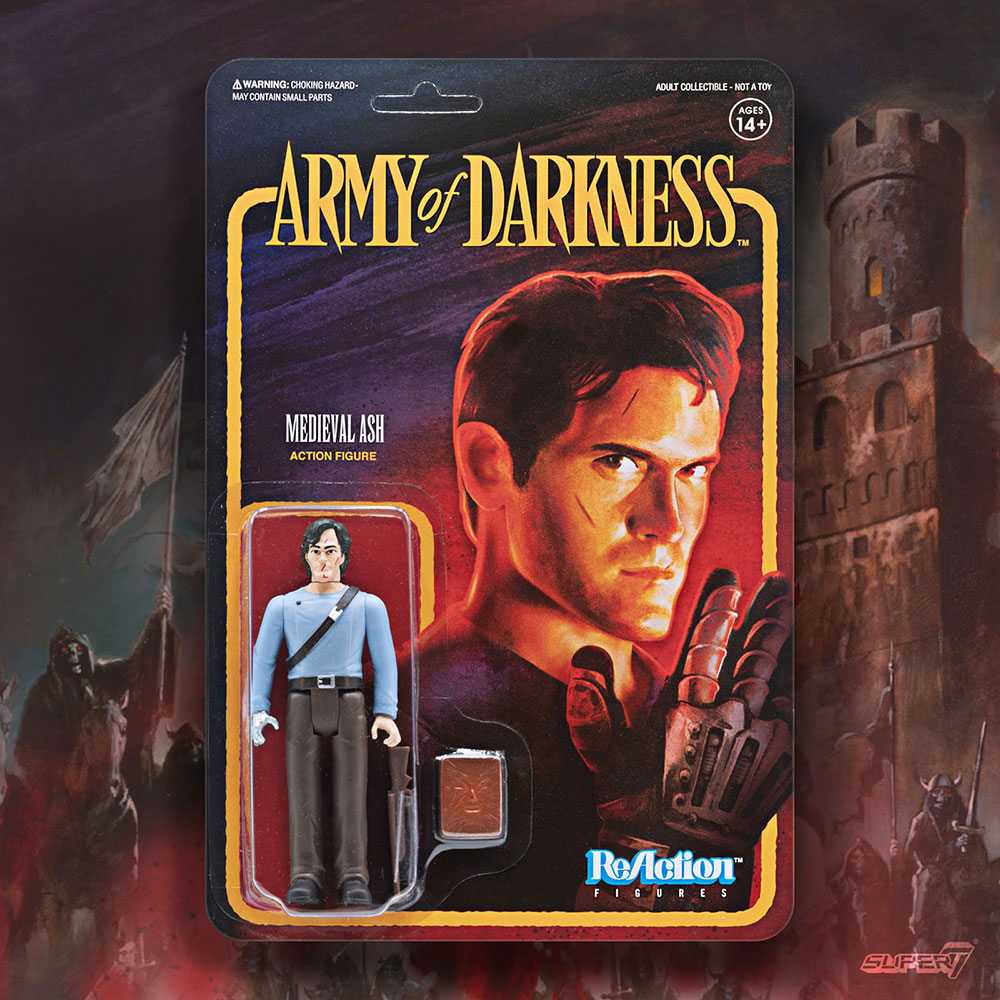 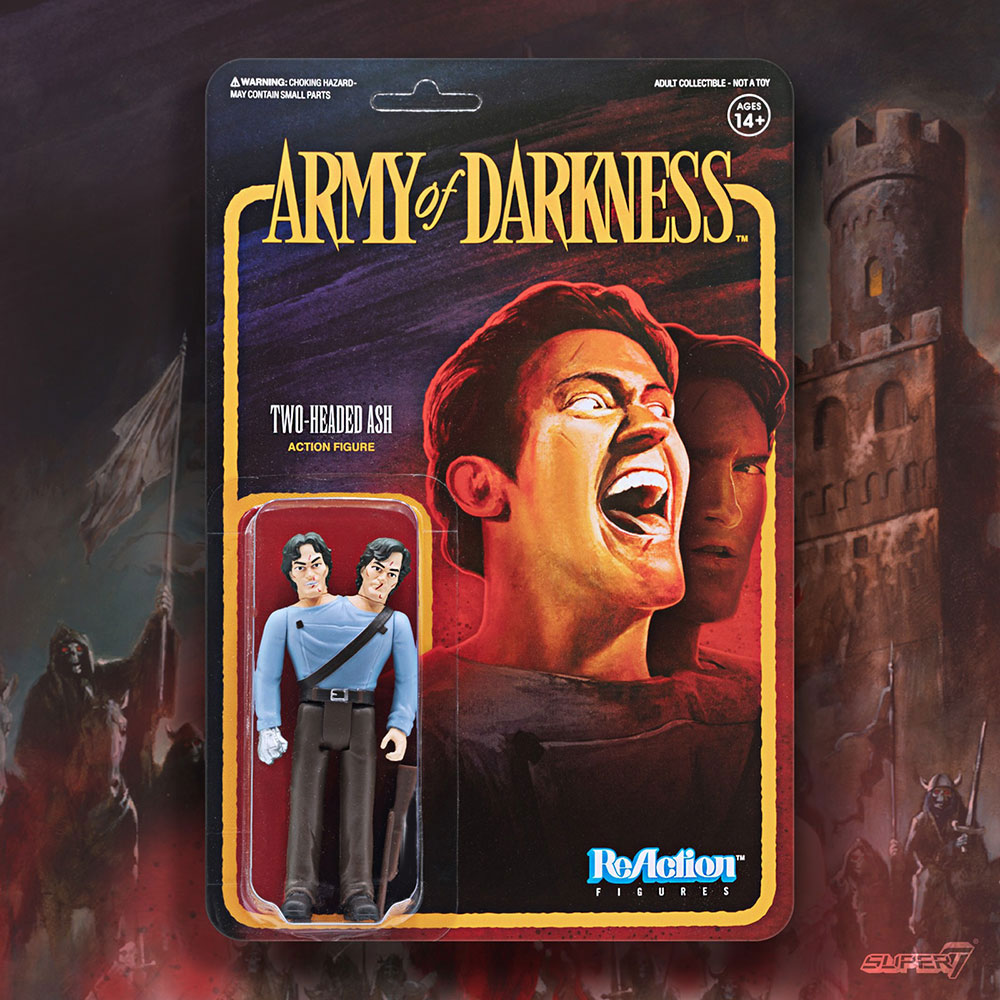 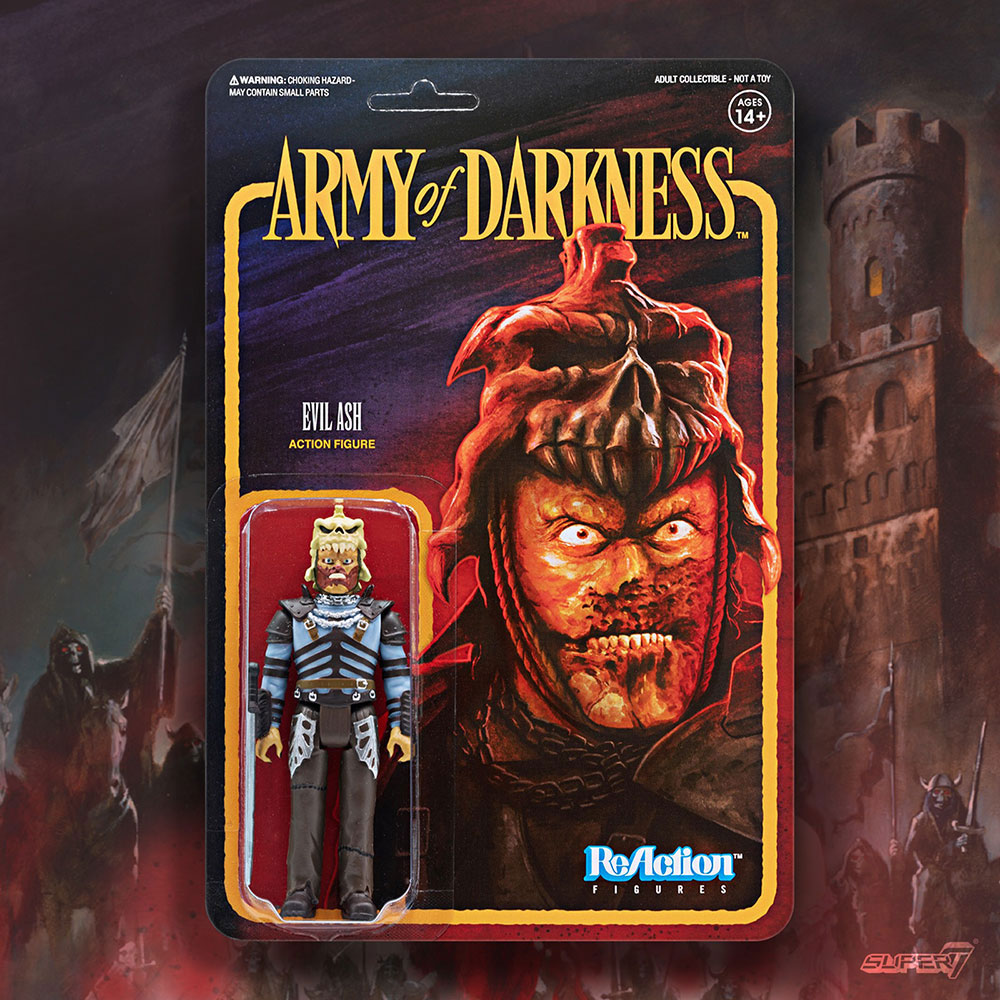 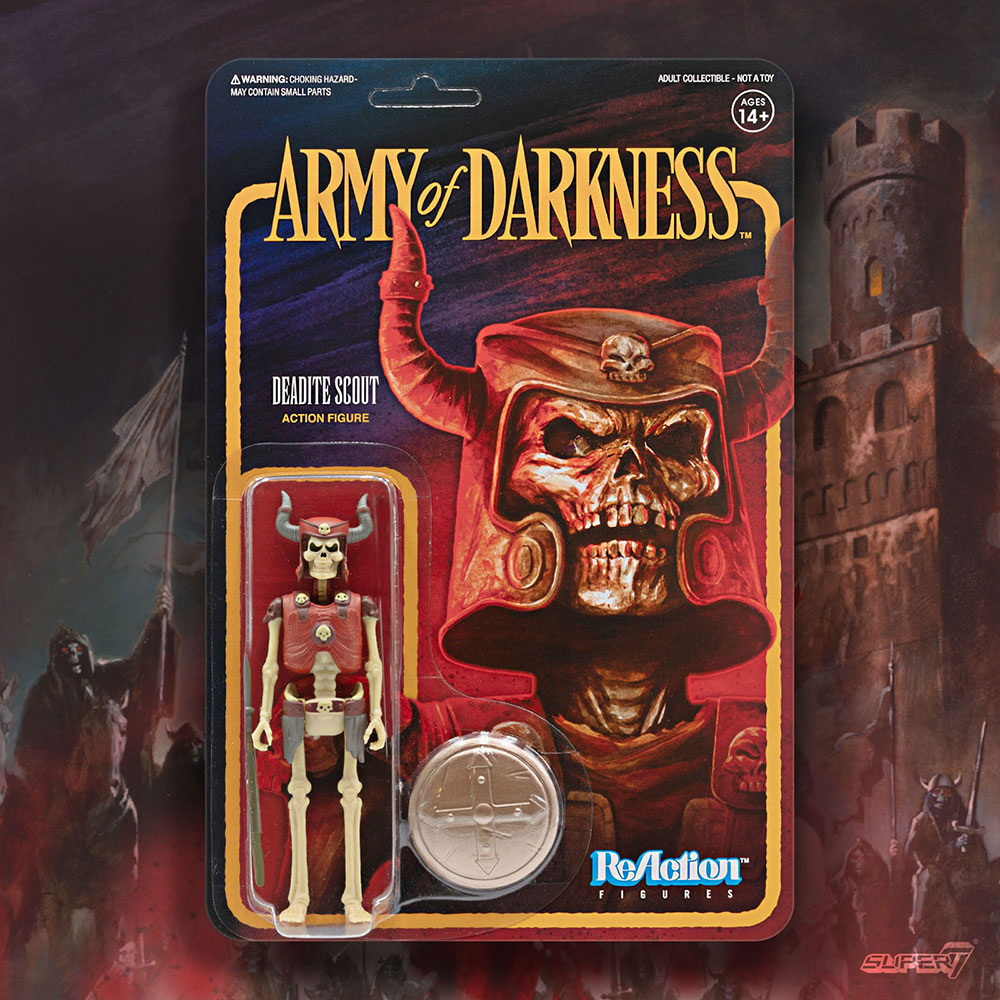 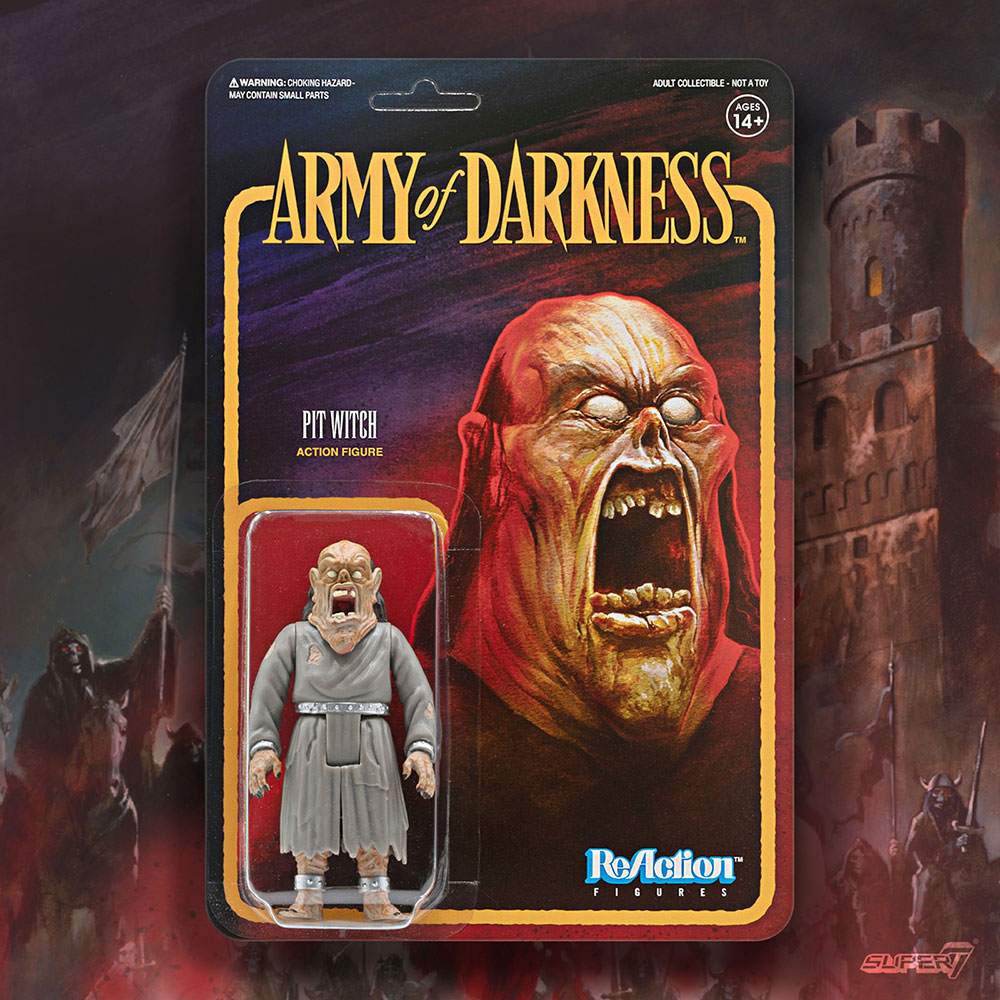